Where to eat in Gothenburg?

Well, for Mexican food there is actually some really good options. Yesterday me and Philip tried Mexikanska Monarkin (Mexican Monarchy) which was really good! They had small and big dishes, tacos, non tacos and desserts…

We ordered a combo dinner menu with snacks and two medium dishes. It was sooo good! We had beef tacos and chicken quesadilla with guacamole, bean dip and pickled mushrooms. Unreal. And not pricey. I can’t believe I’ve been living in Gothenburg since 2014 and never heard of this place. And I’m a taco lover! 🍻🌮

So much food! Look at that guac gone already, haha… 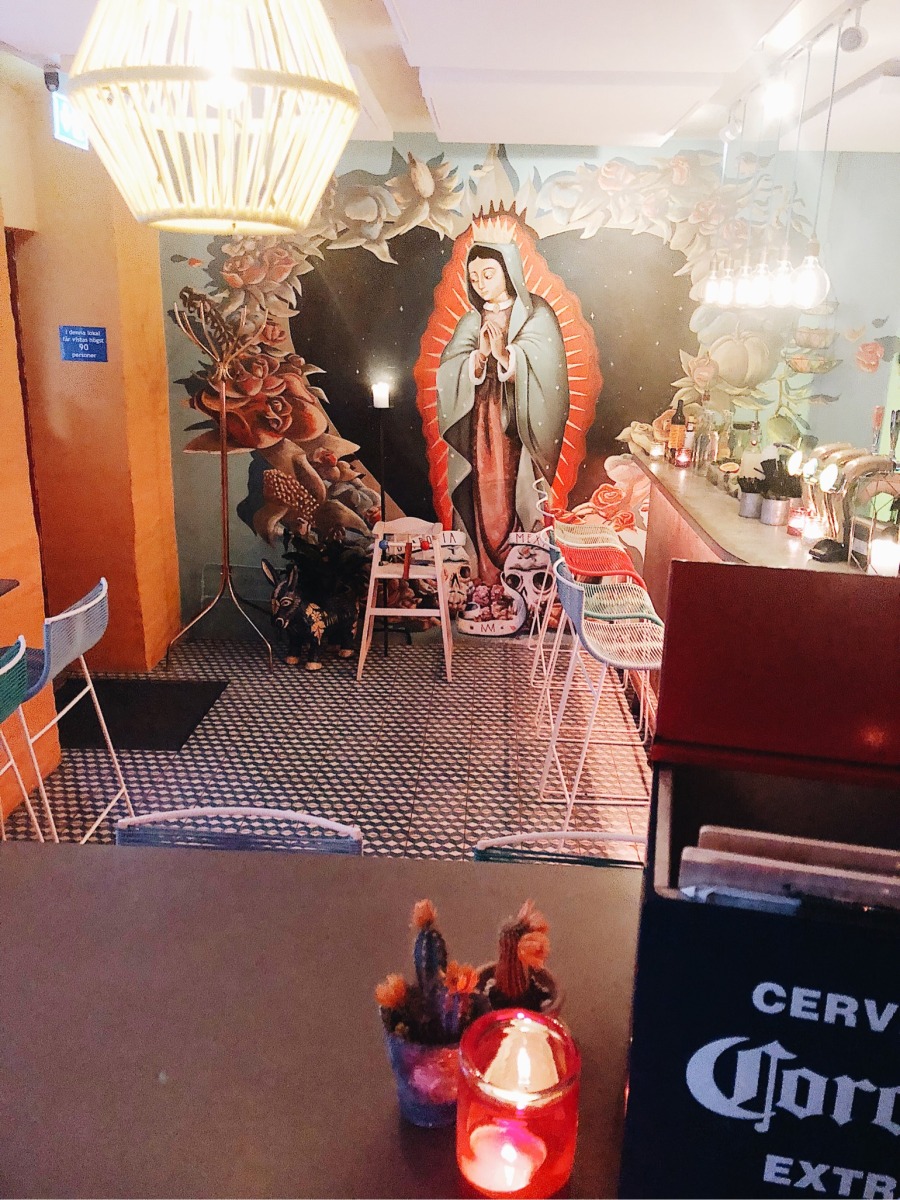 The interior was so cute as well and for a second it felt like we were abroad. Especially since the staff spoke spanish to each other. The bar offered Corona’s & margaritas, and much more, and I’m definatly not done with this place. I want to come back to try more of their dishes. For a warm and colourful meal, head over to Mexikanska Monarkin!

For other taco places in Gothenburg, check out: Tacos and Tequila , Little Meats and Tranquilo.

One year as a couple

I can’t believe how quick time flies.. Me and Philip just celebrated one year together as a couple (even though we met for the first time like 7 months before the 28th of February 2017, when we officially became a couple!). We’ve both moved apartments three times since then and now we live together. We have travelled to Prague, Barcelona and Budapest together since then and we both finish our University degrees this summer. I can’t wait to start off this amazing year together with Philip!

For our celebration we went to the Italian restaurant Nonna, here in Gothenburg. It was soooo good! We had antipasti and pasta and I finished off with some tiramisu! There is always room for dessert, right? 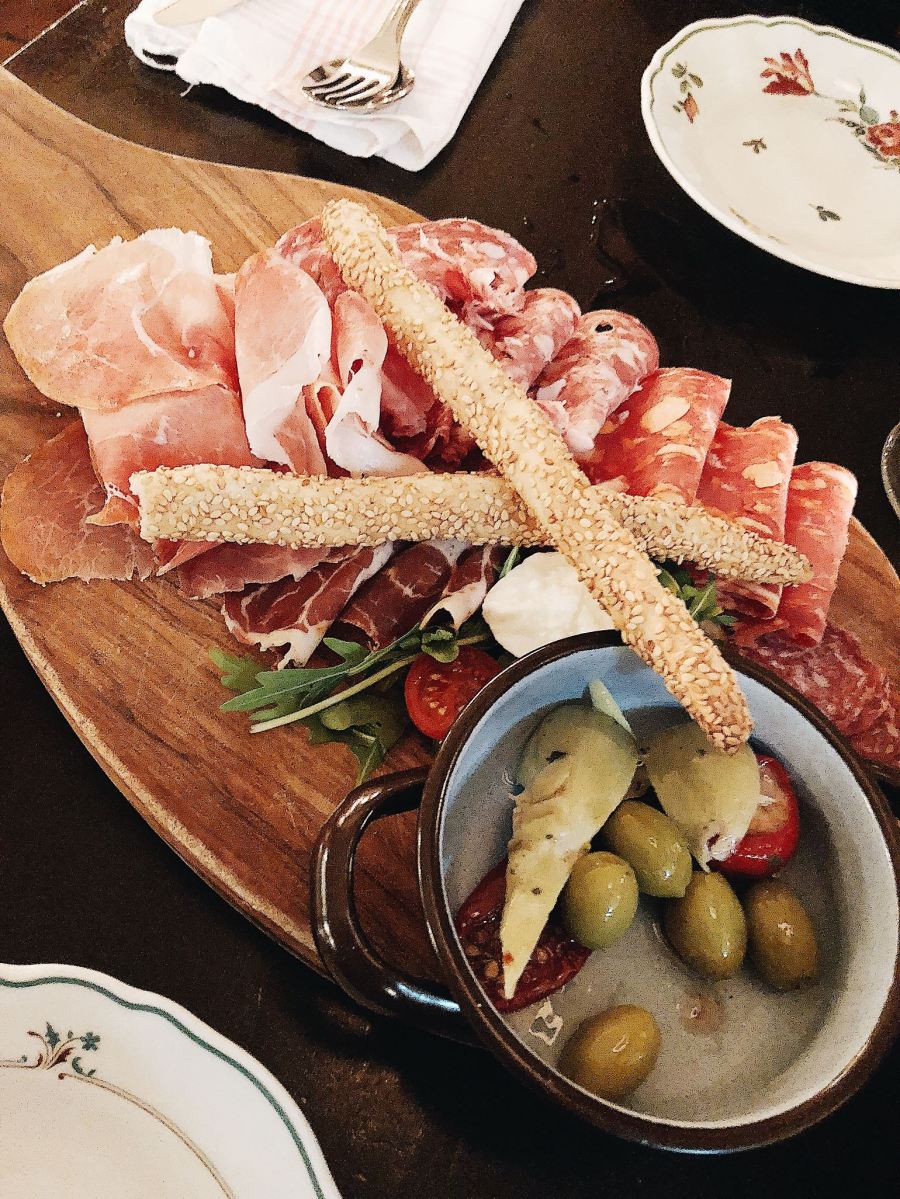 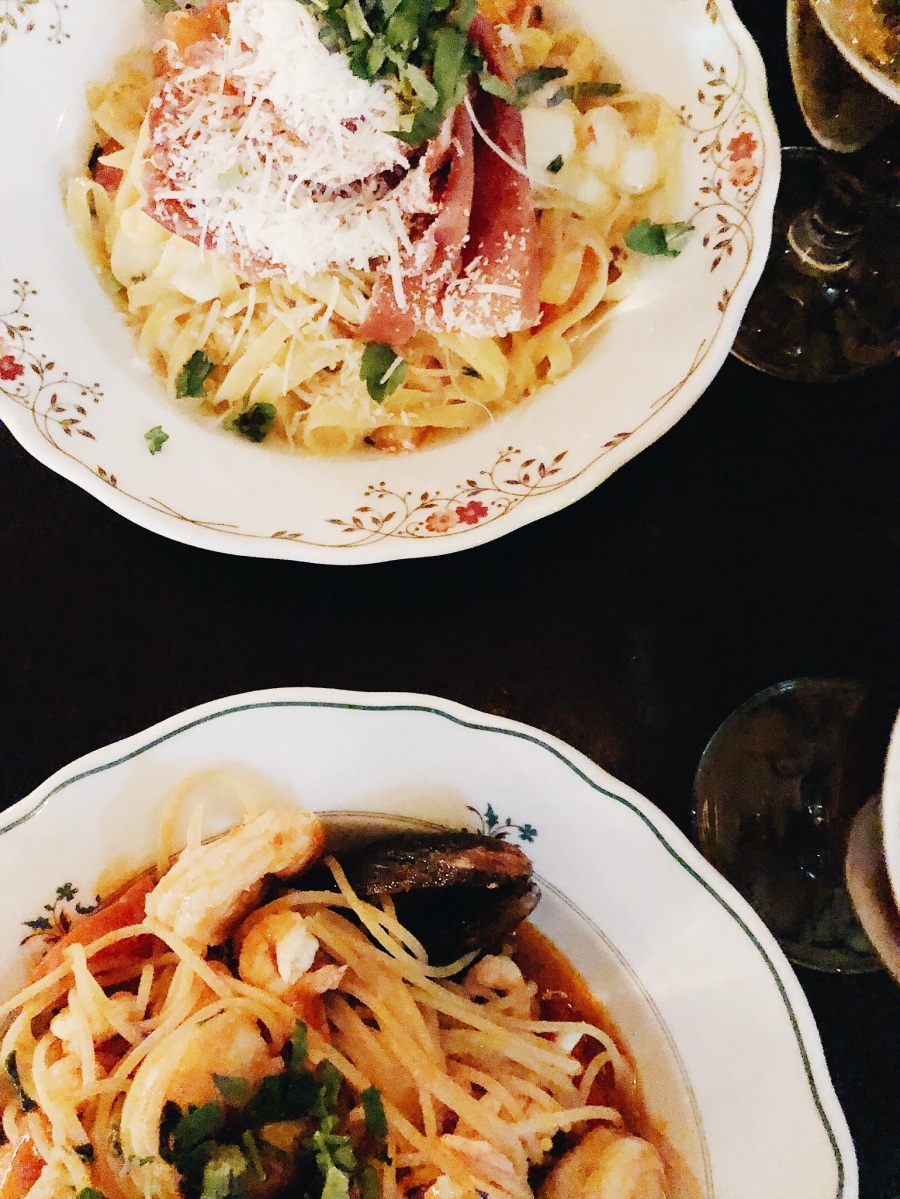 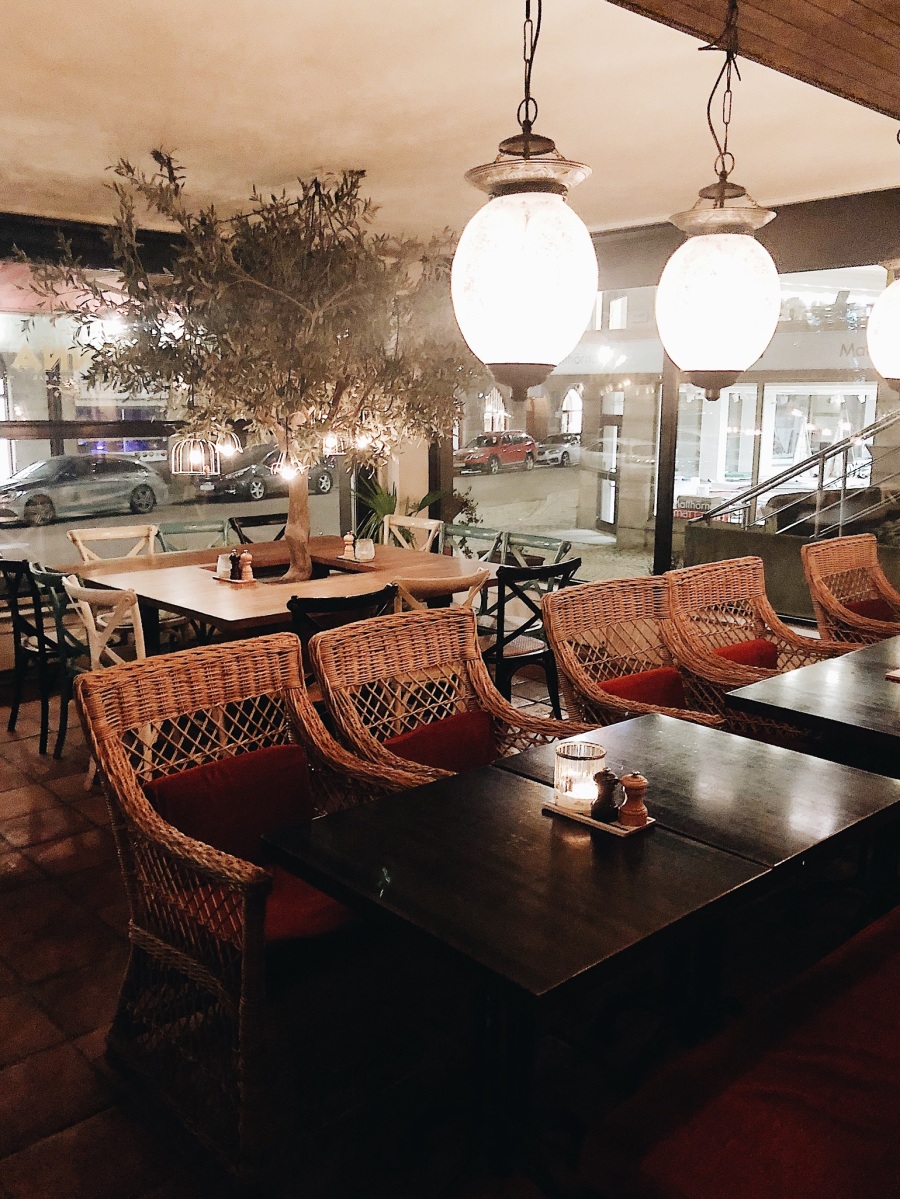 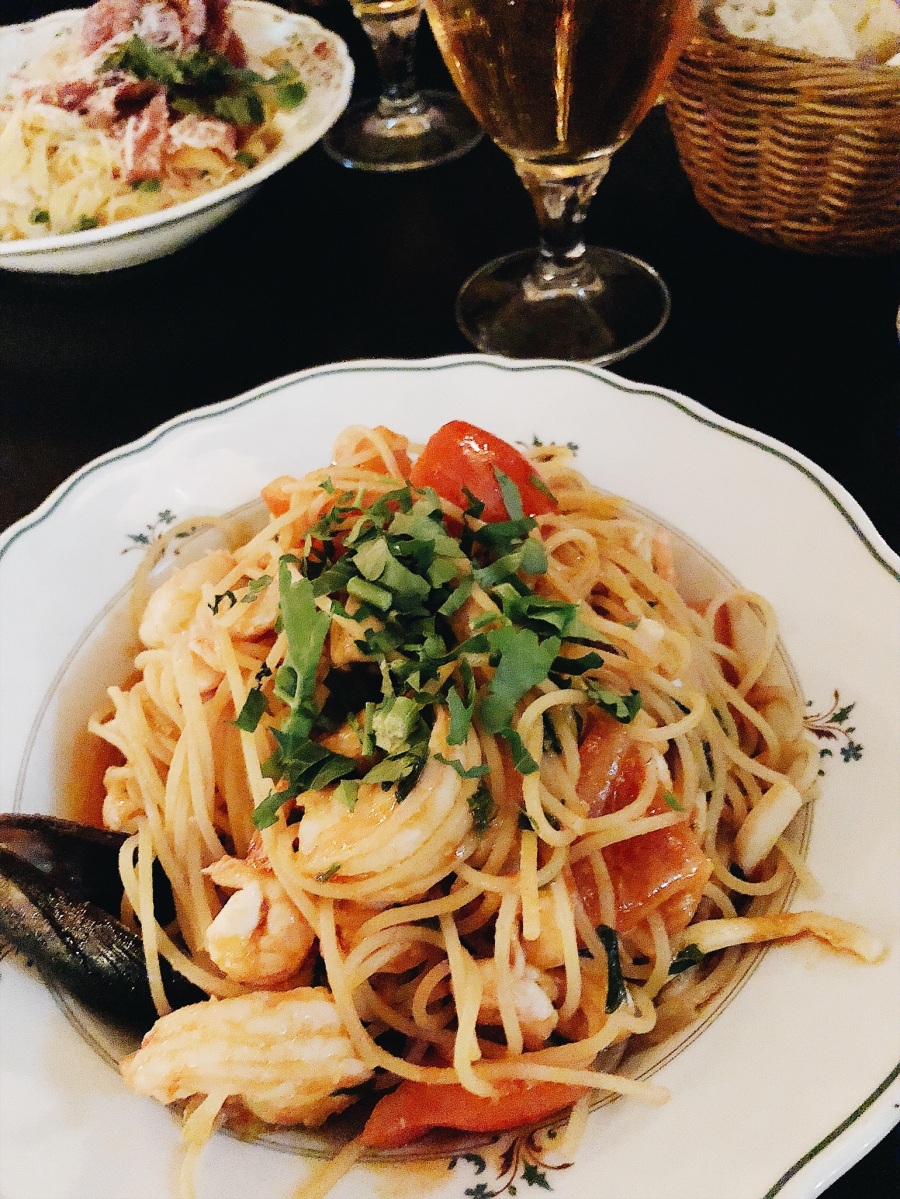 I loved it at Nonna. It was our first time visiting and the atmosphere was sooo cute, and I loved the olive tree in the middle of the tables! And they even played Italian radio in the background. The food was lovely and not to pricey. I’d definitely bring my friends over for a gossipy night out at this Italian gem!

Tell me if you have any tips on Italy, I’ve only been there when I was younger and would love to go back and rediscover it! Ciao for now!

Have you ever gone on a staycation? Or should I say stayed?

This is the best travel hack ever, especially if you don’t really have the budget or time to go travelling right now.

The word is a mix of stay (meaning stay-at-home) and vacation and originally meant to stay at home and enjoy activites, or enjoying activites within driving range. The term became popular in the US during their financial crisis in 2007-2010, since no one really could afford to go on a real vacation. The concept spread and now it’s well known! Now people actually go on staycations even though they would afford to go on a real vacation.

It’s actually a really good concept, with a lot of benefits. It’s less costly since you don’t have to travel, which is also good for the planet. You don’t have to stress over long drives or train rides, making it to the airport on time, packing much or getting a jetlag. Staycations are beneficial for local businesses too, since you might try out a new restaurant or shop at a shop you’ve never been to. You know, support your locals!

If you feel like you already know your own city and it’s activites too well, you can go on a nearcation! It’s the same thing just in a city really close to where you are at. I would love to go on a nearcation in the middle of Sweden, since I usually travel between Stockholm and Gothenburg. It would be cool to see a city that’s close by but I’ve never been to before..

Would you enjoy a staycation? Or would you rather go on a nearcation?

This Friday me and Philip went on a staycation here in Gothenburg. We did not do any specific activity, such as a visiting museum, since we were both working during the day. But after work we met up for food and then checked in at the hotel Scandic Crown . We chilled in the hotelroom and spent most of the evening in the relax area bubbeling away in the jacuzzi. We enjoyed it so much! It was so nice to have a little get away and not think about anything but ourselves. No job, no email, no “we need to clean the flat”. We just shut all of that out, for one night, and totally relaxed. Honestly, we fell asleep like 10 pm. We woke up this Saturday morning so fresh and energized. We ate the lovely hotel breakfast and went for a morning dip in the jacuzzi.

The rest of the weekend has been so nice since we set the mood for it with our staycation! I think the concept of enjoying your own city is perfect. Book a table at that restaurant you never been to, go to that museum or give yourself that relaxing night at that nice hotel! Sometimes I think people are to cheap to spoil themselves. Don’t forget that you’re really worth some you-time!

What are your thoughts on staycations? Let me know in the comments!

Pictures from Scandic Crown, in the city center of Gothenburg, Sweden. 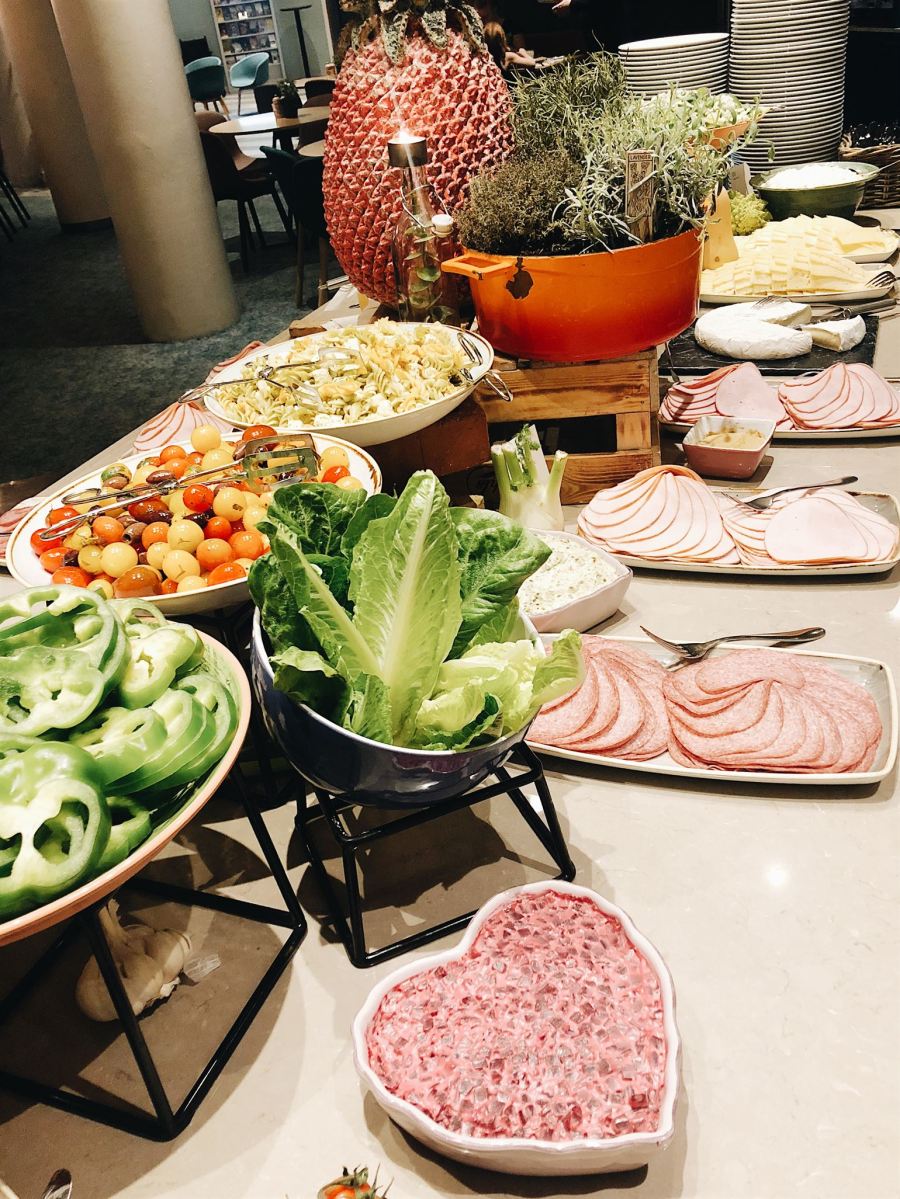 Today I’m sharing some valuable information if you love brunch and are in Gothenburg, or are planning to come over. I love to have brunch and whenever I’m abroad I always make sure to go to the most epic brunch spots (and obviously I do so here at home as well). So I figured I’ll share some of my favourites from Gothenburg, since I’ve been trying a lot of the brunch spots here. This is My Best Brunches in Gothenburg! Psst.. they’re not listed in any specific order, I love them all!

This place has the most beautiful outdoor seating, the place inside is quite small. I love their fresh juices, great coffee and breakfast deals. The name of the place is beans and bagels, so yes, the coffee and the bagels are great! There’s not only brunch, there is also salads and soups and even dessert bagels!

Come here in the spring/summertime and sip your coffee while people watching! 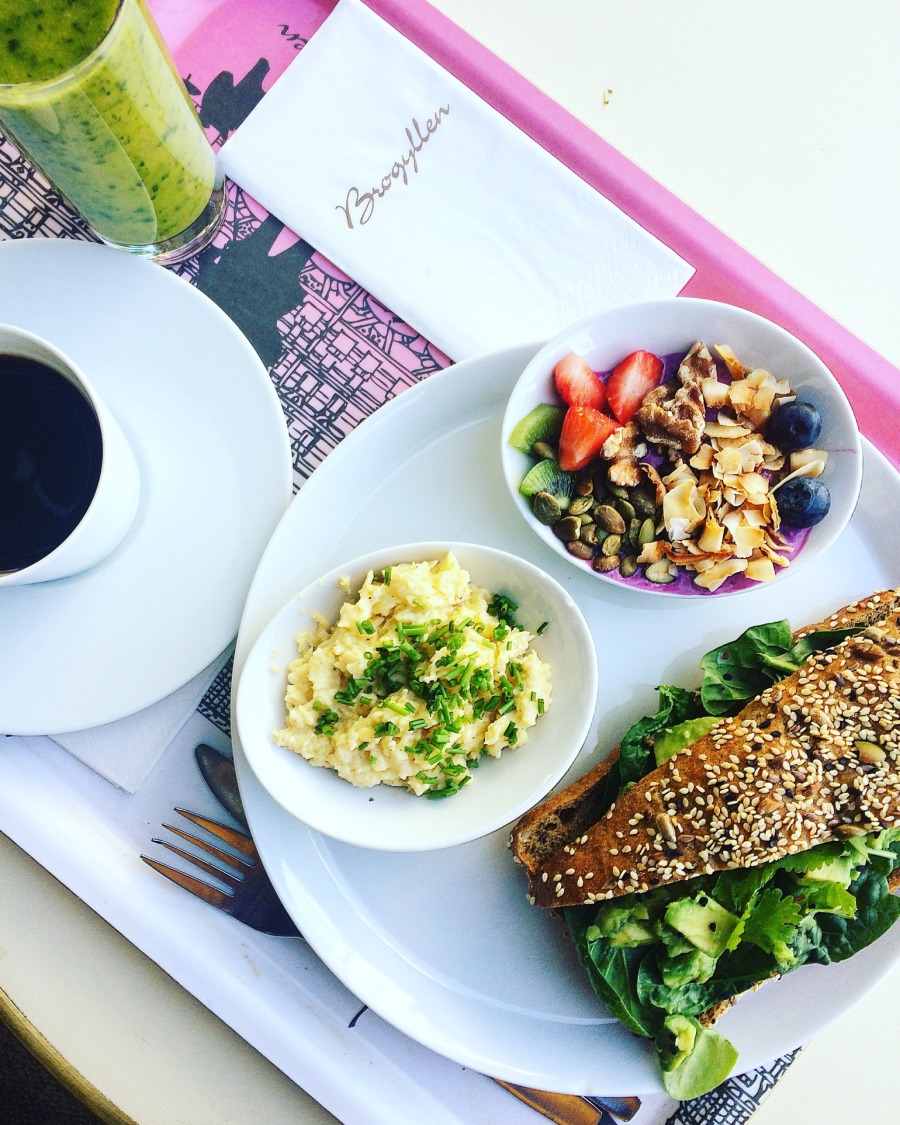 This place is well established and has everything from breakfast to lunch and freshly baked bread. The place is gorgeous inside, loads of tables and a big chandelier in the ceiling. I recommend their Vårfrukost (spring breakfast) which is in the picture above.

Come here to sit outside and people watch or sit inside for a more sophisticated brunch environment.

Brogyllen has several cafes spread out in Gothenburg, find your own favourite!

I love this American inspired 50’s diner! Simply put, what you get here is egg and milk! Pancakes with loads of different toppings, eggs in different variations, bacon, yoghurt, fresh fruit and bagels are just some of their dishes! I’ve been here several times.. if it’s sunny the outdoor seating is perfect, otherwise the indoor diner is nice too. On weekends there’s usually a line out the door, so come here early, or try to come on a weekday. Thursdays is all pancake you can eat day!

Come here both for the interior and the food. Sit inside for the full experience or sit outside in the sun (the seating is on the sunny side of the road in the morning, which is a plus). 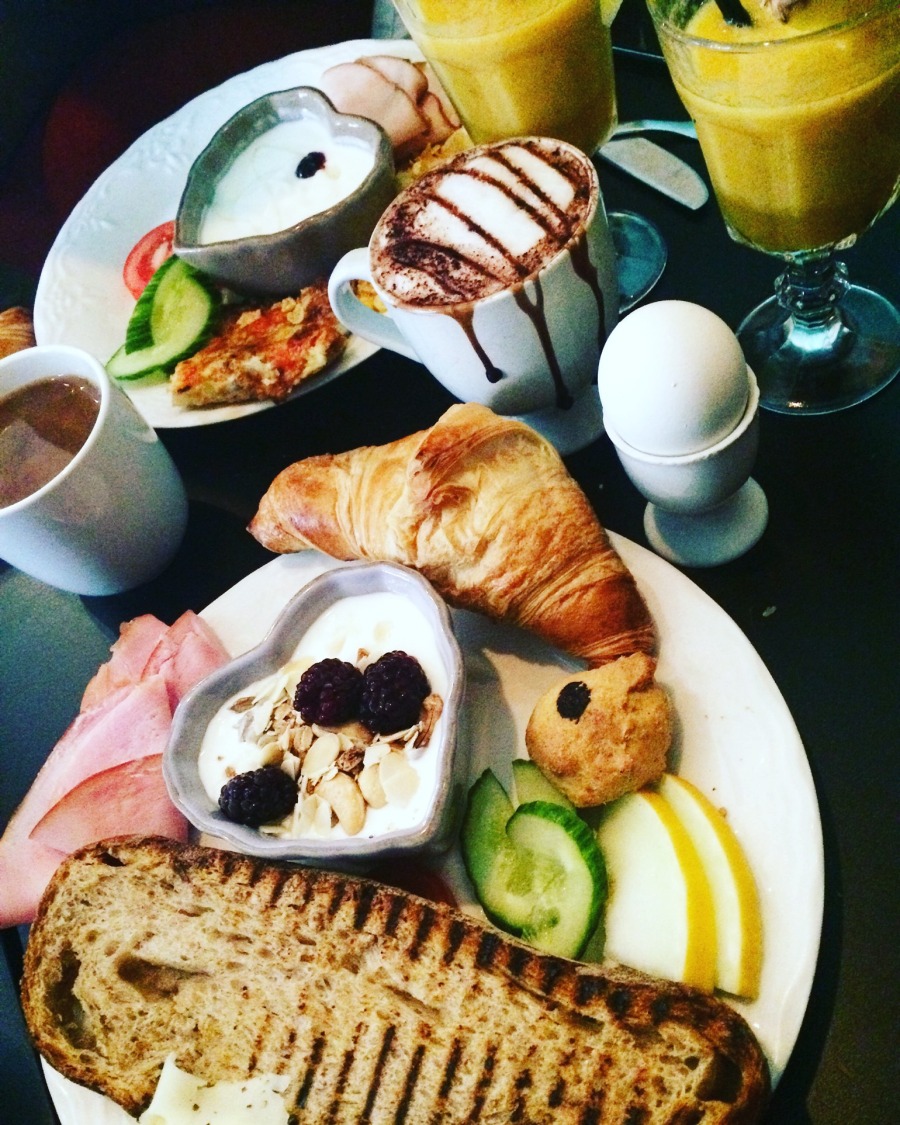 This place is sooo cozy. A few tables inside, more seating outside when it’s season. The place is very artsy and the staff is lovely. The brunch deal includes one plate like the one above, it’s also a buffet included to top up your yoghurt with muesli and berries or add a croissant etc. The coffee is really good and the barista puts much love in your cappuccinos and lattes.

This place doesn’t look much for the eye from the outside, but their Lyxfrukost (luxury breakfast) is really nice. It comes on a three story plate, like the ones for Afternoon tea, and it includes all from bread and fruit to yoghurt and egg and bacon. The place is quite small and the staff is really nice.

Come here to sit and nibble from the three story plate for hours.

This place is quite hip and very instagram friendly. There is two JOS cafes in Gothenburg and I prefer the one at Domkyrkan. The place has very nice interior, white and light with an industrial feeling. The fresh food is a feast both for the stomach and for the eyes. This is a common lunch place so avoid lunch hours for a chill vibe.

Come here to catch up with friends, study, co-work or just buy a juice on the go! No outdoor seating available, besides two benches without tables.

Other places that I have visited for brunch that are really nice is Bellora, Clarion Hotel Post, Cuckoos nest and Daily Dose. Its been a while though, so I’ll have to revisit them to be able to share updated information about them. All the spots listed above are really good eats though and as you notice Gothenburg offer great brunch opportunities! I’m waiting for the sun in April/May. The springtime is a perfect time to enjoy the newly opened outdoor seating at almost all the cafes and restaurants. I think I’ll have to make another round visiting all these places again! Do you feel hungry for a brunch as well?

Please let me know if you found this post valuable and want more tips or have some more brunch spots to add to the list! Today was a really nice day in Gothenburg!
It’s the end of January, and even though it was freezing the warming sun was out today, and I went for a walk by the canal on my lunch break.

I’ve been living in Gothenburg since 2014 (I’m originally from Stockholm) and I love it here. Since I’m not travelling a lot this spring, due to my trainee program, I think I’m gonna post some guides about Gothenburg… what about a “Best Brunches in Gothenburg” post? Because I’ve had quite I few of them, I tell ya. I’ll update soon with some of my favourites.

Stay tuned! Until then, find me at http://www.instagram.com/thatswedishtraveller 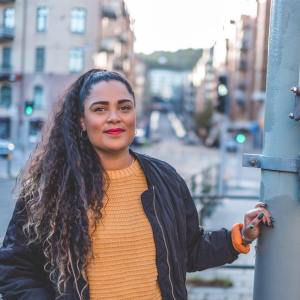 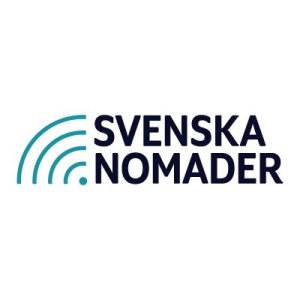